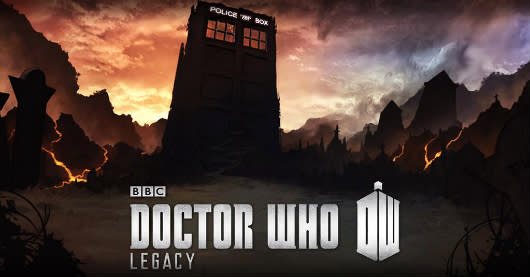 The two Doctor Who sequels from Supermassive aren't ever going to materialize, but BBC is launching Doctor Who: Legacy, a free-to-play iOS and Android game to celebrate the series' fiftieth anniversary. It comes from Tiny Rebel Studios and Seed Studio, and it's expected to drop "soon."

The Doctor Who fiftieth anniversary TV special – which stars tenth Doctor David Tennant, eleventh Doctor Matt Smith, a mysterious incarnation of the Doctor played by John Hurt and features the return of Billie Piper as Rose – airs on November 23. That seems pretty "soon" to us, but we're no Time Lords.
In this article: android, bbc, doctor-who, doctor-who-legacy, ios, ipad, iphone, mobile, seed-studio, tiny-rebel-studios
All products recommended by Engadget are selected by our editorial team, independent of our parent company. Some of our stories include affiliate links. If you buy something through one of these links, we may earn an affiliate commission.