Report: IT provider Infosys overbilled Apple, CEO and CFO on the way out 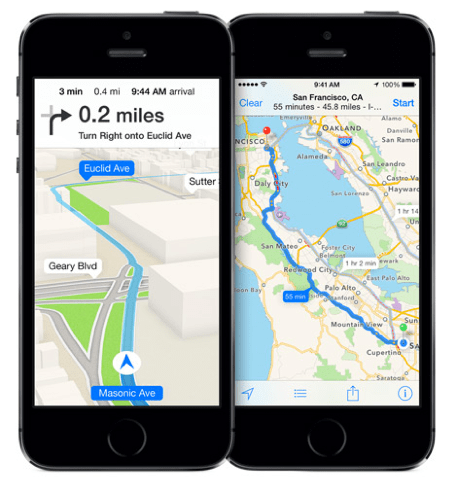 Despite a launch that was misdirecting drivers, moving Australian towns and otherwise making people quite unhappy, the Apple Maps app appears to be not only getting over its initial issues, but also gaining a tremendous amount of market share -- at the expense of Google Maps.

9to5Mac's Ben Lovejoy is reporting that the user base for Google Maps dropped significantly after the introduction of iOS 6 in September of 2012, which is of course when Apple replaced Google's map and navigation app with their own app. But even with the reappearance of the Google Maps app in the App Store, Google Maps lost 23 million iPhone users in the US in the last year.

Numbers from ComScore apparently show that 35 million iPhone owners used Apple Maps in September of 2013, while only 6 million users were using Google Maps. About 2 million of those using Google Maps are on older versions of the iPhone that cannot run Apple's Maps app.

To quote Lovejoy, "when Apple pre-installs software, mass-market owners don't go looking for alternatives." That's even true when the alternative -- in this case Google Maps -- is technically a much more accurate application.

In this article: 9to5Mac, apple maps, AppleMaps, comscore, google maps, GoogleMaps, iOS, iPhone
All products recommended by Engadget are selected by our editorial team, independent of our parent company. Some of our stories include affiliate links. If you buy something through one of these links, we may earn an affiliate commission.