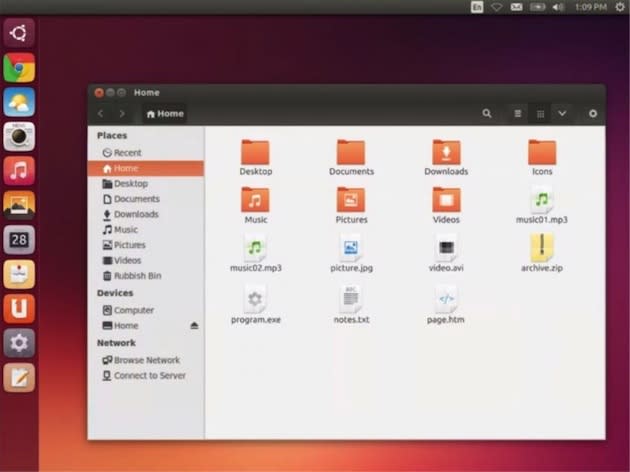 Canonical's been working for years to turn Ubuntu into a universal OS for whatever sized screen you use, be it of the television, desktop or mobile variety. Recently, the company showed off the next step in this evolution: unified icon designs for mobile and desktop Ubuntu implementations. In keeping with current UI trends, the new icons have flatter, more stylized appearance when compared to the old desktop iconography. System tiles are less colorful and more reserved in appearance, while apps and folders have been punched up with a flashier look to set them apart visually. Of course, the new icons won't actually make their way into a Ubuntu for awhile, as the goal is to get them into the 14.04 release for mobile (13.10 is the current version). Should you want more background on the production of the new icons, there's an hour-long video discussing it after the break. Don't forget the popcorn.

In this article: canonical, icon, mobilepostcross, redesign, ubuntu
All products recommended by Engadget are selected by our editorial team, independent of our parent company. Some of our stories include affiliate links. If you buy something through one of these links, we may earn an affiliate commission.