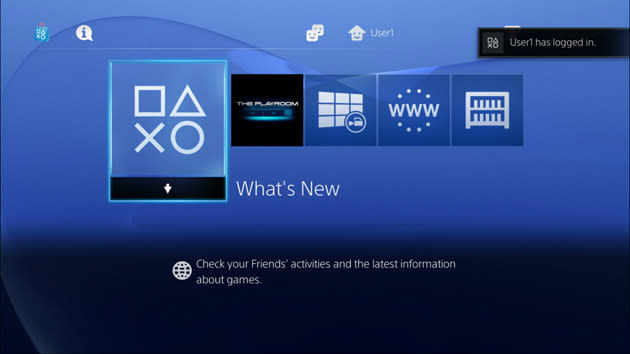 Sony has been rather successful in selling the PlayStation 4, to the point where the PlayStation Network has strained under the load. To avoid making things worse, the company will be delaying some PSN features in Australia, Europe and New Zealand. For the first few days after the PS4 launch in these areas, friend activity will be disabled in both the What's New and content info sections. Activity will come back once the initial frenzy is over, Sony says. The decision won't make a big impact on gameplay when multiplayer and other core features will be available on day one, but it may catch a few players off-guard.

In this article: australia, console, europe, gaming, newzealand, playstation, playstation4, ps4, psn, sony, VideoGames
All products recommended by Engadget are selected by our editorial team, independent of our parent company. Some of our stories include affiliate links. If you buy something through one of these links, we may earn an affiliate commission.