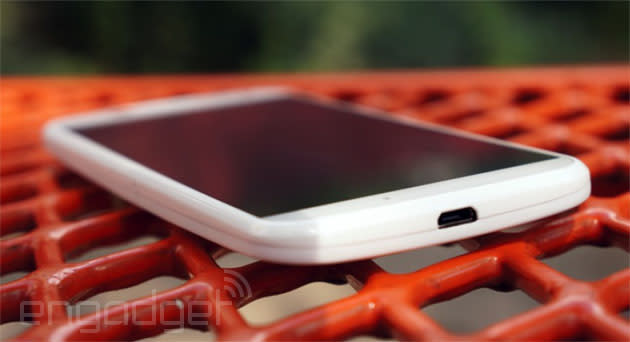 After wannabe buyers failed to get a Moto X for $150 off on Cyber Monday due to higher-than-expected demand and problems with MotoMaker, Motorola announced two new sale days. The first is today, with another chance next Monday (December 9th) and there's a silver lining if you were skunked before. Google's handset arm said that it has increased the stock available for both days, meaning there's now a better chance of nabbing one at a discount. You'll need to register for the promotion (at the source) either today or Monday starting at noon EST, at which point you'll get a code if any handsets are left. You can then take up to a week to customize and order one for the contract-free $349 price. The whole debacle at least shows that folks still want a Moto X, despite rumors of tepid sales -- just not at the original price.

Update: It seems that Motorola has inherited Google's inability to estimate demand, because today's allotment of discounted Moto X's has already been snapped up. As is now noted on the site, you've got one more shot at it on Monday, December 9th at 12 noon EST.

In this article: CyberMonday, Google, mobilepostcross, Motorola, MotoX, sale
All products recommended by Engadget are selected by our editorial team, independent of our parent company. Some of our stories include affiliate links. If you buy something through one of these links, we may earn an affiliate commission.