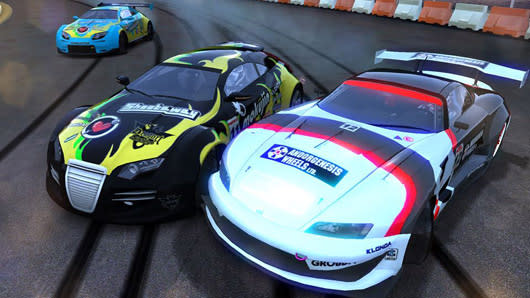 Namco Bandai announced that the next entry in its long-running Ridge Racer series will premiere for iOS and Android platforms later this month with 20 playable tracks and a wide variety of customization options in tow.

Ridge Racer Slipstream features 12 vehicles that can be outfitted with over 300 customization items unlocked during gameplay. Slipstream follows up on the recent free-to-play Ridge Racer Driftopia on PC, and is the second game in the series to hit iOS since 2009's release of Ridge Racer Accelerated.

Ridge Racer Slipstream will launch on December 19.
In this article: android, ios, ipad, iphone, mobile, namco-bandai, ridge-racer, ridge-racer-slipstream
All products recommended by Engadget are selected by our editorial team, independent of our parent company. Some of our stories include affiliate links. If you buy something through one of these links, we may earn an affiliate commission.