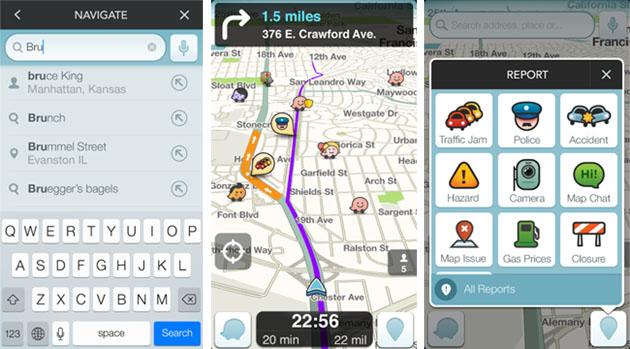 Even though Waze is now under Google's umbrella, it's continued to operate as if nothing has changed, other than the fact that it now has a billion dollars. To that end, it's just rolled out a new release for Android and iOS with some welcome new features, most significantly an auto-complete function for addresses and categories that plays well with its new Google search powers. Other goodies include a redesigned main menu, easier waypoint editing and new icons on the map view to see traffic reports or nearby pals. Hopefully, other than borrowing its tech, Google will continue to leave the new acquisition alone -- after all, how many apps let you be guided around by a celebrity?

In this article: autocomplete, google, gps, mobilepostcross, nav, navigation, stops, update, waze
All products recommended by Engadget are selected by our editorial team, independent of our parent company. Some of our stories include affiliate links. If you buy something through one of these links, we may earn an affiliate commission.