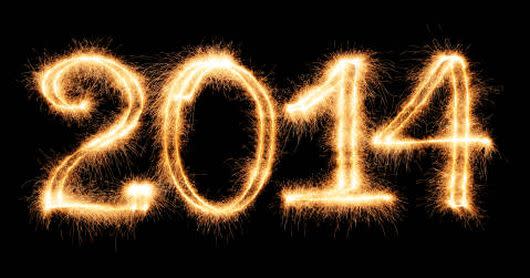 The end of the year is our time to not only reflect on the last 12 months but also look forward to what's to come. Since some of the more anticipated MMOs like Elder Scrolls Online and Wildstar have missed their anticipated 2013 launches, we now have that to look forward to in 2014. But what else?

Follow along after the jump for the Massively staff's 2014 predictions, and for an added laugh, take a look back at our 2013 predictions to see how close (or far off) we were.

I really have no idea where the market will go as far as mechanics, but that's exciting to me. MMORPGs rarely get the credit they deserve for sheer variety in gameplay even with all of the repeated systems and designs. I think what we are guaranteed to see is a larger shift to stylized graphics. Despite the complaints that come in from hardcore techies and desktop power-builders, I think that a good game will affect a player even if it looks more "cartoony." I have always preferred stylized, anyway, and it seems to be a design choice that gives the game more life because the graphics age more gracefully.

I think it's going to be a fabulous year for MMOs. We're getting four AAA titles for sure (Warlords of Draenor, WildStar, Elder Scrolls Online, and Landmark), and we can all sit back and watch them duel to the death. /popcorn! Who will win? Who always wins -- World of Warcraft, of course. I don't think ESO understands the market it's launching in and will lack much in the way of staying power. WildStar is going to need to tone its hardcore down a lot to really put a dent in WoW's remaining market, and Landmark is just EverQuest Next's appetizer. Still, if that's 2014's feast, I'm going back for seconds and considering it an awesome offering, especially after 2013.

Meanwhile, all the indie sandbox MMOs still in development will keep being in development, ensuring that we will all be old and grey by the time we see one. I'd like to say something will go F2P or sunset, but pretty much everything is already F2P, and I don't want anything else to die. Also, please, Guild Wars 2 -- a proper expansion worthy of the Guild Wars name? Thanks.

2014 is either going to be either a year of disappointment or a sandbox revolution. There are so many big games on the way that break the mould with new and largely untested game mechanics, and I just hope it's not all hype. I predict that Star Citizen's funding will start to dry up in 2014, and we'll find out whether its backers think the game was worth their cash when the various parts of the game start getting released. Elite: Dangerous will grow in popularity and start putting Star Citizen to shame as a sci-fi sandbox, and we'll likely see a few more sandbox games chasing their slice of the crowdfunding pie.

The lines between MMOs and other online games will continue to blur with the addition of new pseudo-open-world games that use seamless lobby systems to manage a large playerbase. Crowdfunding will continue to become more competitive in nature, and both publishers and the majority of media outlets will continue to largely support established projects like Star Citizen, leaving indies struggling to get attention in a crowded marketplace. And DUST 514 will die a slow and relatively unnoticed death in 2014 or the game will get a release for PC and PS4 when its mechanics are more fleshed out, though I'm inclined toward the former of those two options.

I'm hunkering down to watch The MMO Launch Cycle several times next year. Hype levels go through the roof, people flood the game, some people discover the game does not make them microwave popcorn and give them a back massage, those people leave, other people shout that the game has died, and then it settles into a nice, stable population of players who enjoy what it has to offer. After that, the next MMO launch approaches and we repeat the cycle again.

Oh, and lockboxes. I predict lots and lots of lockboxes.

It's always hard to separate my wishes from my gut feelings from honest analysis when it comes to predictions, so I'm probably rolling all of those together when I say the following. Elder Scrolls Online will have a large launch but will very, very quickly tank in numbers, finding a middling spot to survive as it spreads out its playerbase among separate platforms. WildStar and WoW's expansion will go head-to-head with casualties on both sides, although they'll both be fine. I think World of Warcraft will go down to 6 million subscribers by the end of 2014, however.

Other predictions? We're going to have one good sleeper hit this year, and I'll just call it... Black Desert. Why not? Landmark will boast huge numbers as everyone piles into the game really wanting EverQuest Next and finding something that's not quite expected but fun nevertheless. Speaking of which, the shift to producing make-your-own-MMO sandboxes will be more pronounced, with several additional titles along those lines coming out. Famous IPs that will be announced as receiving MMOs include Harry Potter, The Hunger Games, and The Hobbit. Yes, the Hobbit.

PlanetSide and Wizardry Online will be quietly shut down. Asheron's Call 3 will be announced, as will Ninja101, and the first Ultima Online expansion in years.

More sandboxes. Star Citizen, Pathfinder Online, and EverQuest Next -- just to name a few -- are helping to usher in a new generation of sandbox titles to stand alongside the slew of themeparks already on the market. Of course, I don't actually expect many of them to launch in 2014, but I still think that sandbox MMOs are gaining a lot of traction. As mentioned, the "pay for alpha/beta access" model is here to stay and will probably be even bigger in 2014.

Aside from that, anyone's guess is as good as mine. Probably better, actually.

I predict scientists will discover that our world is a grand simulation created by advanced beings for inscrutable purposes, essentially the ultimate MMO. Religious cults will spring up, revering MMO developers as prophets of the numinous beings that weave our existence. We MMO bloggers shall become the priesthood of this new order, shepherding the masses to enlightenment as to the true nature of reality.

I am not good at predictions.

I think the biggest trend for next year is a continued blurring of the lines between MMOs and non-MMOs. Destiny is probably the best example of what the future holds -- a game that's somewhat single-player, somewhat not, with opportunities for RIFT or Guild Wars 2-like encounters along the way. As the line vanishes and more games take the online route, payment models will shift accordingly. When all games are online in some fashion or another, the subscription model will be truly dead (no one is going to pay a sub for every game he wants to play). I believe buy-to-play with paid expansions is the best model moving forward, but free-to-play will certainly remain. I also believe that crowdfunding is overdue for a huge backlash, and the immense failures we're sure to see in 2014 should bring that backlash to bear.

Unfortunately, I cannot add much to this discussion. I predict more of the same. I'd like to get on the MMO change hype train, but we've seen basically every new take on MMOs become a niche title. In some cases that's sustainable, but I think that if we see more niche titles, the market is just going to get overcrowded. I see a lot of flops in the genre soon, though I am very hopeful for EQN.

We have some interesting titles coming out in 2014. WildStar, Elder Scrolls Online, and EQ Next Landmark will be battling it out to see who can gobble up more players. I'm really interested to see whether WildStar can capture the attention of hardcore raiding audiences or Warlords of Draenor will continue to be the place to go to for large-scale PvE content.

I also expect there to be more games announced that specialize on a particular game type. I think MMOs try to be everything to everybody and have trouble keeping up with the conflicted interests of their diverse playerbases. Why does every game have to appeal to casuals and hardcore, PvP and PvE players, and crafters and lore hounds? I think smaller companies should take a cue from games like Camelot Unchained and just choose a focus and run with it. I can't wait for an MMO to come out that focuses entirely around running dungeons and other PvE challenges with a group of buddies and guildmates. Happy New Year everybody!

I just want Firefly Online to actually be something. I don't even care if it's not a "traditional MMO" because that's not even really a thing anymore. I want to learn more about it in 2014, and I want it to not suck. In fact, I just want nothing to suck in 2014. I want EQ Next to not suck, I want Wildstar to not suck, and I want Elder Scrolls to not suck. The MMO genre needs a break from sucking.

But with my unsolicited wish list out of the way, I predict that MMOs will start to enjoy an upswing in 2014. The success of Final Fantasy XIV's relaunch really took me by surprise and gave me hope. WoW's next expansion will do better for the game than Pandaria, possibly bringing subs back up further than they've been in years. Star Citizen will be the big one for 2015, and we'll spend a good part of 2014 drooling over it.

I think we're going to begin to see the inevitable shift into multi-platform play. Your favorite MMOs will begin to find ways to access you via phones and tablets and keep you connected with small, easy-to-complete functions that will affect the background of your play so that when you get home and can sign on to the full-version of the game, your character will have achieved something. Crafting, auction houses, reputation factions are all ripe for this type of connectivity and even revenue generation.

I think we're going to see some further blurring of the line between MOBAs and MMOs. I alluded to this in my column this week; new MOBAs like SMITE are moving away from the usual top-down camera and mouse-to-move mechanics of older titles while taking up MMOesque terminology, combat roles, movement, and position-dependent combat strategies. Conversely, World of Warcraft, one of the most traditional MMOs, has already shown an interest in incorporating MOBA mechanics into its PvP; speculation about the viability of a DotA-style battleground named Defense of the Alehouse has been abundant since footage was datamined from the PTR.

What do you get when you throw the Massively writers' opinions together in one big pot to stew? You get The Think Tank, a column dedicated to ruminating on the MMO genre. We range from hardcore PvPers to sandbox lovers to the carest of the carebears, so expect some disagreement! Join Senior Editor Shawn Schuster and the team for a new edition right here every other Thursday.
In this article: 2014-predictions, editorial, featured, group-editorial, massively-staff, massively-team, opinion, opinions, predictions, roundtable, roundup, the-think-tank, think-tank
All products recommended by Engadget are selected by our editorial team, independent of our parent company. Some of our stories include affiliate links. If you buy something through one of these links, we may earn an affiliate commission.