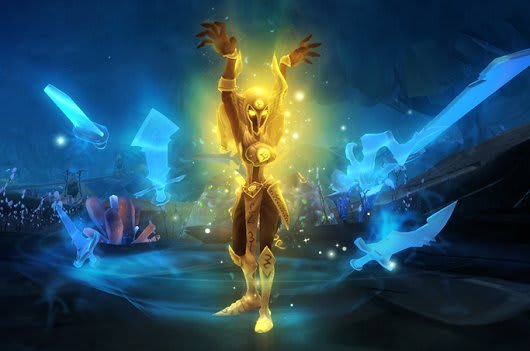 Welcome back to Ask Massively because why not? You're here; I'm here.

We've previously discussed defining MMOs and how we select the games and the news Massively covers. This week, let's talk about column selection and perception of story frequency.

tomrobbins asked, "Why do you guys cover [WildStar] so intensely yet other MMOs you barely mention? This game can't do a thing with out getting an article written about it here, yet it's not even out. Other MMOs barely get mentioned. This site seems only about WildStar, EverQuest II, Star Wars: The Old Republic, and Star Trek Online lately."

Does it sometimes feel as if we're reading different sites entirely?

The conversation began in the comments of The Nexus Telegraph, a weekly WildStar column that we started up back in December. Many members of Massively's staff are hungry for the shiny graphics and space-western themes of WildStar. In fact, it's won our "most anticipated" award two years in a row. We even hosted a bloody, last-man-standing melee to determine the column's authorship, though I think the other combatants felt sorry for Eliot because of that whole City of Heroes thing and let him win. We'll never know for sure.

But as much as we love WildStar, it doesn't actually dominate our pages. Leaf through our category for the game and you'll see that it's nabbed approximately two posts per week since our column began. That accounts for both the column and the weekly WildStar Wednesday dev diary if it's relevant. In December, a light month because of the holidays, we averaged 96 articles per week. Two whole posts out of 96 doesn't really seem like "intense coverage" for the most highly anticipated AAA MMO of 2013.

Likewise, Star Trek Online and EverQuest II are both unlikely to receive more than one or two posts per week. Each is covered by a weekly column, but we'll cover updates and patches and expansions and interesting bits as well if they seem news-worthy. Don't take my word for it; hit the categories and look for yourself.

Star Wars: The Old Republic is but a year old, in the wake of a F2P conversion, and still an extremely hot topic for our readers. Even still, it receives only a few posts per week too, including our Hyperspace Beacon column and the current Choose My Adventure column, the SWTOR edition of which ended yesterday.

So what did we post on, since we weren't actually posting non-stop on WildStar, STO, EQII, and SWTOR? Massively's Justin Olivetti did the hard work of counting up all the games we covered in the week between Nexus Telegraphs, from December 31st to January 7th, which included two holidays and a weekend. He came up with 42 different games, not counting games listed in roundup and awards columns or played via livestream. Forty-two games! If that's not breadth, I don't know what is. (Then again, I started playing MMOs back when there was exactly one to choose from, so it could be that my standards are low.)

Now, we're not covering every single one of those 42 games in deep detail. We have to stick to our budget like any other publication, and much as I know you'd all love to read Eliot's new column on Toenail Clippings Online (your comments last week won us over; we must be fair to the indie games, right?), we have to focus our column coverage on things we like and and you have proven you care about. When we find a true vacuum in our coverage, we start a new column -- like the Age of Wushu column kicking off later this month -- or hire new staff. As it is, we currently publish 13 game-specific columns like EVE Evolved, 12 genre-specific columns like The Game Archaeologist, and 16 meta columns like The Soapbox. Are you going to like every one of the 13 that focus on just one game? Probably not. Fortunately, there are 28 columns (and a zillion news posts and one-off editorials) for you.

I know I can't fix selective perception in one Ask Massively. I know people's eyes glaze over stories unappealing to them right up until the day there are two SWTOR posts and suddenly people misremember the actual frequency of past articles. Story time: As I was poking through our posts to get a head count, I was preparing myself to make excuses for covering SWTOR a lot because I also had the impression that we post more on SWTOR than it turns out we actually do. You're not alone in these misperceptions. They happen to all of us. What we're really remembering is the fact that the SWTOR news stories from the last period were huge (like the 500+ comment SGR post).

Our only recourse is to combat our tendency to exaggerate those erroneous memories with actual data. Assuming, of course, that people are interested in a fair picture of the site's content and aren't just trolling for extra coverage of their pet games.

In this article: advice, advice-column, articles, ask-massively, brianna-royce-ask-massively, columns, coverage, featured, frequency, frequency-illusion, humor, massively-meta, meta, opinion, perception, posts, recency-illusion, selective-perception, stories, toenail-clippings-online, wildstar
All products recommended by Engadget are selected by our editorial team, independent of our parent company. Some of our stories include affiliate links. If you buy something through one of these links, we may earn an affiliate commission.