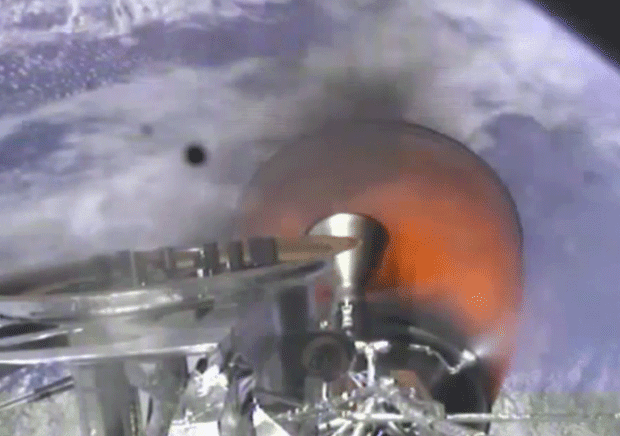 We told you about it late yesterday, but now it's about time for the livestream of SpaceX's Dragon capsule reaching the International Space Station. If all's going as planned, the craft would've begun some preliminary maneuvers toward the ISS roughly an hour ago. According to the company, astronauts aboard the ISS will attempt to grapple it with a robotic arm at 6:36AM ET. If that's successful, the actual berthing of the capsule is set to begin at 8AM. Don't take our word for it, catch the NASA TV live feed (coverage starts at 3:30AM) at embedded after the break!

Here's to wishing that all continues to go well overall on this resupply effort!

Update 8:21AM: Dragon was captured at 5:31AM and the berthing process is currently taking place. The capsule should be fully in place by roughly 9:40AM! We've also updated the feed past the break, as it was originally pulling from NASA TV's public feed, rather than the ISS feed -- apologies for any inconvenience.

Update 9:03 AM: Dragon was successfully berthed the space station at 8:56AM, ahead of scheduele like much of the event. And with that, NASA has ended coverage of the event. Now those onboard the station will be focused on unloading the supplies it's carrying. Dragon will return to Earth for a splashdown on March 25th. As always, hit the NASA source link for more detailed info. Catch a picture of Dragon attached to the ISS's Harmony node just past the break.

Source: SpaceX, NASA
In this article: berth, capsule, dragon, elonmusk, grapple, ISS, nasa, space, spacex
All products recommended by Engadget are selected by our editorial team, independent of our parent company. Some of our stories include affiliate links. If you buy something through one of these links, we may earn an affiliate commission.