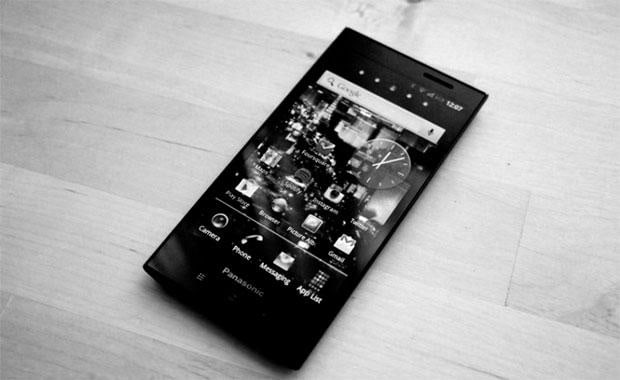 As reported in the Nikkei, Panasonic will today pull out of smartphone market in Japan, and change to outsourced production (offering its brand to other manufacturers) in emerging markets like India. Company president, Kazuhiro Tsuga, has set strict guidelines to turnaround the company, threatening any division that missed a 5 percent operating margin goal within three years. The mobile arm is forecast to lose more than 1.1 billion yen ($11 million) for the incoming fiscal year -- losses were 8.1 billion yen ($81 million) the year before. It joins NEC, which also dropped its smartphone arm in July. Times are tough everywhere.

"It's not acceptable for the company to be bleeding red ink like this, so we have to think about ways to develop assets that we do have in a more effective direction", Tsuga said. Panasonic is not stopping completely with phones, however, and plans to expand on its Toughbook laptop series with smartphones for rough-and-tough business use.

Panasonic attempted to break back into the western phone market in 2011, launching the water-resistant Eluga but failed to pick up any carrier support in Europe or the US. According to Reuters, Panasonic was once the second-largest phone maker in Japan, and had over 19 percent of the market in 2001. Last year, this dropped to seven percent -- far behind the iPhone's 24 percent pole-position. This year, Japan's biggest carrier (and currently one of the only major carriers in the world not selling the iPhone) NTT DoCoMo, said it would be promoting only Sony's Xperia A and Samsung's Galaxy S4 during its "Top Two" summer advertising. At least now, Tsuga-san will have more time to plug those premature TV leaks.

In this article: eluga, japan, KazuhiroTsuga, mobilepostcross, panasonic, smartphone
All products recommended by Engadget are selected by our editorial team, independent of our parent company. Some of our stories include affiliate links. If you buy something through one of these links, we may earn an affiliate commission.