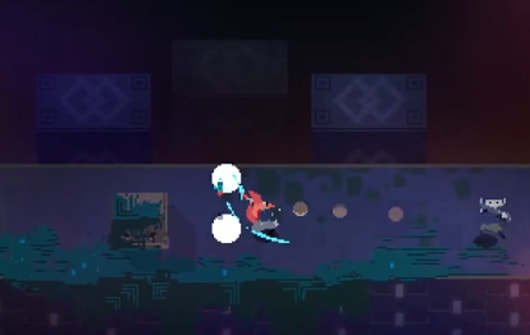 Hyper Light Drifter, the Zelda-like 2D RPG from Heart Machine, offers up a pre-alpha demonstration of its combat mechanics. Not only do we get a taste of gun-and-swordplay, but we're also given a look at some special abilities and the dodge mechanic that appears to be so invaluable when dealing with crowds of enemies.

Originally pitched as a blend between The Legend of Zelda and Diablo, Hyper Light Drifter made its debut on Kickstarter and secured over $645,000 in funds. The game is coming to PC, Mac and Linux, in addition to PS4 and PS Vita. There is also an ongoing Steam Greenlight campaign for Hyper Light Drifter, in case you feel like tossing a vote its way.
Via: VG 24/7
Source: YouTube
Coverage: Steam Greenlight
In this article: hyper-light-drifter, linux, mac, pc, playstation, playstation-vita, ps4, vita
All products recommended by Engadget are selected by our editorial team, independent of our parent company. Some of our stories include affiliate links. If you buy something through one of these links, we may earn an affiliate commission.