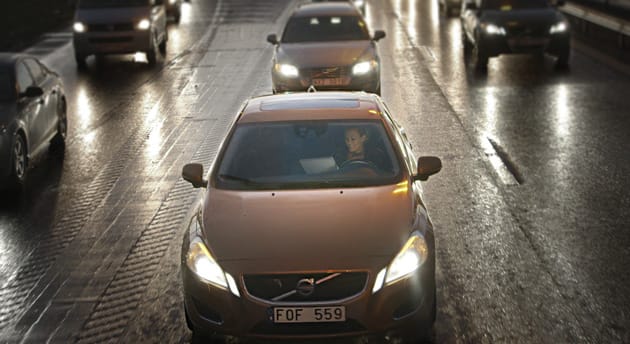 Volvo has been one of the stronger proponents of self-driving cars, and it's proving that today by detailing its plans for a large-scale autonomous vehicle project in its native Sweden. The Drive Me initiative will put 100 robot cars on Gothenburg's streets, where they'll explore the social and technical challenges involved in going hands-free. As with smaller tests, Volvo will still require a human in the driver's seat for trickier situations. The project officially begins in 2014, although locals will have to be patient -- Volvo is only promising that the autonomous fleet will hit the road "by 2017."

Via: AP (Yahoo)
Source: Volvo
In this article: autonomous, AutonomousVehicles, car, driveme, gothenburg, robot, self-driving, self-drivingcar, sweden, volvo
All products recommended by Engadget are selected by our editorial team, independent of our parent company. Some of our stories include affiliate links. If you buy something through one of these links, we may earn an affiliate commission.