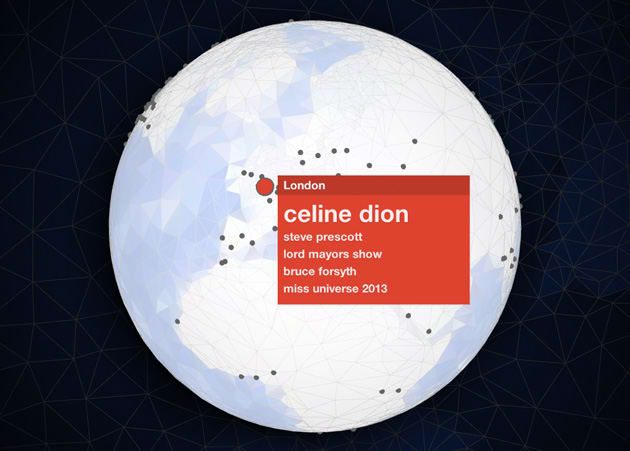 Google is back again with its annual list of the most popular searches of the year -- only this time, with a 3D twist. In addition to old-fashioned 2D charts, the internet giant's 2013 Zeitgeist includes a trend globe that lets you see what major cities were looking for on any given day. Google+ also plays a large role, as you can share and browse the social network's most memorable public photos.

Like in years past, 2013's top searches were a mixture of tech and tragedy. The deaths of Nelson Mandela and Paul Walker led the world's queries, but many also spent a lot of time looking for the iPhone 5s, Galaxy S 4 and PlayStation 4. Other notable searches ranged from serious matters like the Boston Marathon bombing to the silliness of the Harlem Shake. Want to see more? Hop past the break, where we have both the full top 10 list as well as Google's year-in-review video.

Via: Google Official Blog
Source: Google Zeitgeist
In this article: apple, galaxys4, google, googleplus, internet, iphone5s, NelsonMandela, playstation4, ps4, samsung, search, socialnetworking, sony, video, web, zeitgeist
All products recommended by Engadget are selected by our editorial team, independent of our parent company. Some of our stories include affiliate links. If you buy something through one of these links, we may earn an affiliate commission.