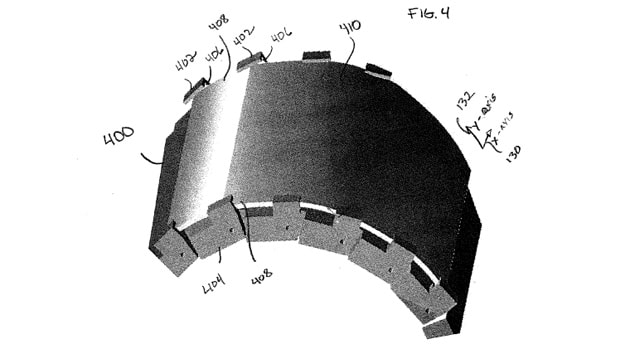 Motorola has already filed for patents on both wrist-worn gadgets and flexible displays. Today, we're seeing what happens when the company merges the two technologies. A newly published patent application has revealed a Motorola concept for a smartwatch-like device where both the screen and the shell underneath can flex in tandem. Much like a metal watch band, the chassis would be made of links; grips on each link would bend the display. It's a simple idea, although we're not expecting a product out of it any time soon -- the company will need flexible circuits before any bendy wearables can reach its roadmap.

Source: USPTO
In this article: flexible, FlexibleDisplay, google, motorola, patent, smartwatch, uspto, wearable
All products recommended by Engadget are selected by our editorial team, independent of our parent company. Some of our stories include affiliate links. If you buy something through one of these links, we may earn an affiliate commission.