Intel partners with the fashion industry on a stylish smart bracelet 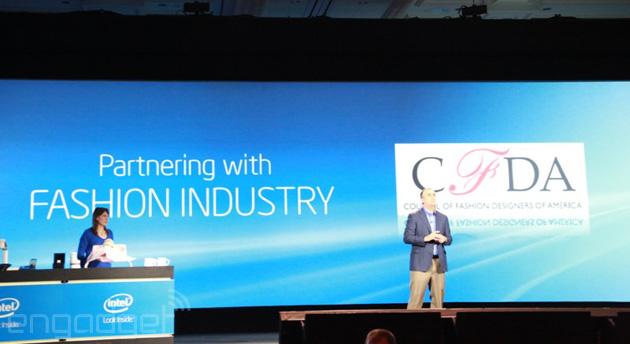 Intel knows that wearable technology will only take off if people look good wearing it, so it's taking the next logical step of working with the fashion industry. The company is collaborating with design house Opening Ceremony on a smart bracelet that Barneys New York will eventually sell. Intel isn't saying exactly what the bracelet will do, but you can expect it to be "beautifully" crafted, according to Barneys. The semiconductor firm isn't stopping there, as it's also teaming up with the Council of Fashion Designers of America to foster stronger overall ties between fashion and tech. Unlike the other wearable devices announced this evening, it's not clear just when this stylish device will be available -- we wouldn't count on it arriving very soon, though.

In this article: barneysnewyork, bracelet, ces2014, cfda, CouncilOfFashionDesignersOfAmerica, fashion, intel, openingceremony, smartbracelet, wearable
All products recommended by Engadget are selected by our editorial team, independent of our parent company. Some of our stories include affiliate links. If you buy something through one of these links, we may earn an affiliate commission.