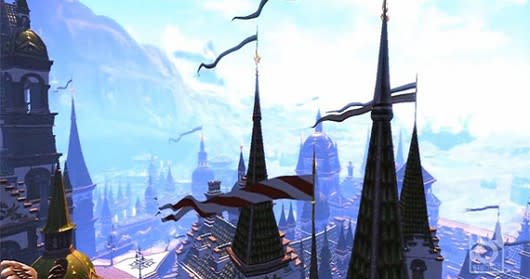 The ongoing saga of 38 Studios and the state of Rhode Island continued on Wednesday courtesy of Governor Lincoln Chafee introducing a new piece of legislation to the state assembly. Specifically targeting the ongoing lawsuit, the legislation would be used as an inducement for the former company to settle with the state out of court rather than go through the lengthy process of a trial by ensuring that the named defendants will not face further litigation on the same causes.

In more conversational terms, the bill states that if the defendants in the lawsuit settle out of court, they cannot be sued again in Rhode Island courts by other people over the closure of the company or other similar charges. Whether or not this will provide sufficient incentive for Curt Schilling and the other 13 defendants named in the lawsuit to simply settle remains to be seen.
In this article: 38-studios, 38-studios-lawsuit, curt-schilling, game-industry, legal, lincoln-chafee, mature-adults-making-mature-adult-decisions, mmo-industry, rhode-island, ri
All products recommended by Engadget are selected by our editorial team, independent of our parent company. Some of our stories include affiliate links. If you buy something through one of these links, we may earn an affiliate commission.