If you live in Nashville or Denver, don't sell that old iPad

Hands on with AnyPlay: Live Comcast video on your iPad 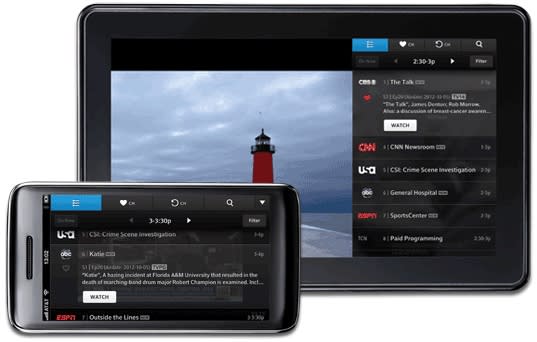 Back in 2012 Comcast rolled out AnyPlay, a headless (read: not connected directly to a TV) cable box that turned its live TV channels into internet streams users could watch on iOS or Android devices inside the home. Now in 2014 Comcast is discontinuing the AnyPlay service and nudging customers towards other options like Xfinity TV Go and other new features it will roll out later this year. Like a Slingbox that only worked within the house, compared to other cable TV apps AnyPlay had the advantage of directly supporting all the channels, but the downside of requiring additional hardware. It also looks like the leased Motorola Televation boxes that did the TV-to-IPTV magic will be going back soon, as the mobile apps will disappear from stores after March 31st.

So what's in store for the future? Last week at an investors conference, Comcast CEO Brian Roberts showed off a new Xfinity TV app that brings full live TV, video on-demand and DVR access on phones and tablets. We showed you the app last year, which Roberts revealed is being tested in Boston this month and is scheduled to roll out across much of the country this year. It's all part of the new X1 / X2 TV platform which brings more apps to the TV and "turns mobile devices into virtual TV sets" -- hopefully without blanking them out nationwide. Multichannel News adds that Comcast is also testing out gateway devices from Arris that, like AnyPlay, don't connect to directly to a TV, but will push video throughout the home to TVs and mobile devices alike. Comcast also mentioned that at the end of last year, it added to its total number of TV customers for the first time in over six years. We'll see if these new features -- along with cheap internet combo packages -- can pull in more customers, or if people choose life with another provider, or no traditional TV service at all.

In this article: anyplay, cloud, comcast, hdpostcross, motorola, televation, x1, x2, XfinityTv, xfinitytvgo
All products recommended by Engadget are selected by our editorial team, independent of our parent company. Some of our stories include affiliate links. If you buy something through one of these links, we may earn an affiliate commission.