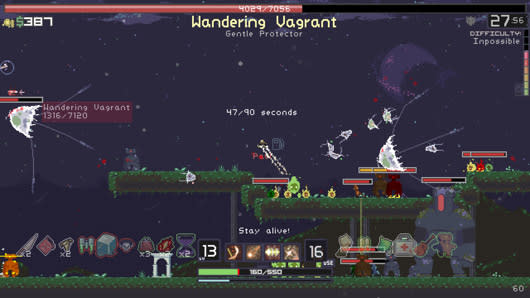 Independent Games Festival organizers have revealed the winners of this year's IGF Student Showcase category, honoring entries from the NHTV University of Applied Science, Carnegie Mellon University, and the University of Cambridge, among other institutions.

This year's IGF saw a record-breaking number of entries, including 346 projects developed by students. The IGF's Main Competition finalists were announced earlier this month, nominating indie standouts like The Stanley Parable, Device 6, and Papers, Please.
In this article: igf, igf-2014, igf-student-showcase, igf-student-showcase-2014, independent-games-festival, indie, pc, risk-of-rain
All products recommended by Engadget are selected by our editorial team, independent of our parent company. Some of our stories include affiliate links. If you buy something through one of these links, we may earn an affiliate commission.