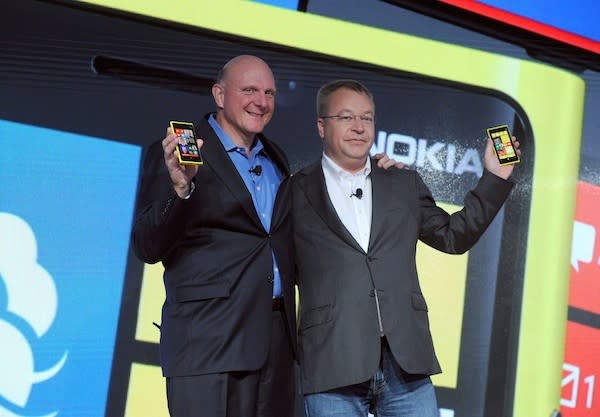 2013 is the last year that we'll see Nokia in its current form, as the world-famous handset business should be hived-off to become part of Microsoft's corporate family in the next few months. But how did it do in the last quarter? Not particularly well, it seems, but it's hard to judge how badly, as the company has decided not to break out sales of its Lumia and Asha handsets, so we're left looking for evidence elsewhere. What we do know is that the company has conceded that both smart and dumb-phone sales have fallen. Naturally, Nokia is blaming the drop on the usual suspects, like the competitive market and cheaper devices from rival manufacturers. From the figures, it appears as if the company's phone department lost around €198 million ($270 million) in the period, so whatever Microsoft plans to do with its latest toy, it's still got some work to do before Windows Phone 8 can be considered a success.

Update: Nokia has since gone on the record to say that it sold 8.2 million Lumia handsets in the quarter, a small dip compared to the 8.8 million sold in Q3.

In this article: 2013, Business, Financials, microsoft, mobilepostcross, nokia, Q4
All products recommended by Engadget are selected by our editorial team, independent of our parent company. Some of our stories include affiliate links. If you buy something through one of these links, we may earn an affiliate commission.