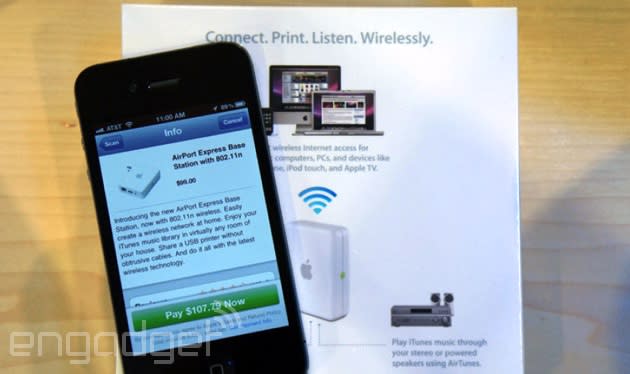 There are plenty of existing mobile payment systems that let you buy goods with your iPhone, but there are now signs that Apple wants to take on some of those duties itself. The Wall Street Journal claims that the company is in the early stages of building a mobile payment infrastructure that would let its customers buy all kinds of products and services, not just those in its own stores. Sources say that Cupertino has tasked the former head of its online store with getting the service off the ground, and it's reportedly discussing the idea with other companies in the tech industry. Apple isn't commenting on the rumor, but it has been researching mobile payments for years -- we know it's at least intrigued by the concept.

In this article: apple, e-commerce, ios, iphone, leak, MobilePayments, mobilepostcross, payment, rumor, shopping, smartphone
All products recommended by Engadget are selected by our editorial team, independent of our parent company. Some of our stories include affiliate links. If you buy something through one of these links, we may earn an affiliate commission.