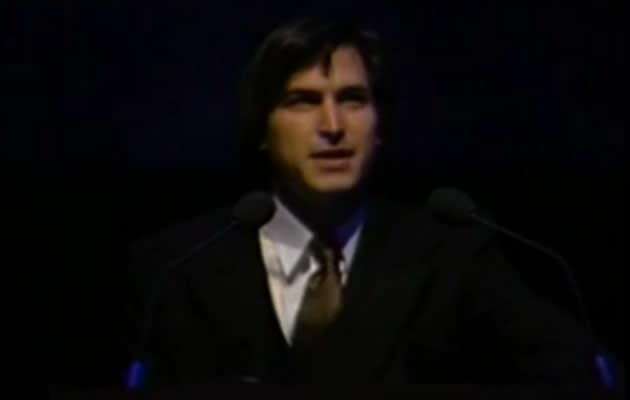 It's been 30 years since Apple first launched the Macintosh, and this week has been littered with clever tributes to the computer. Members of the Boston Computer Society, however, have unearthed a big treasure in the history of the machine. A week after a bow tie-sporting Steve Jobs famously pulled the machine out of a bag at the company's shareholder meeting, the CEO made a second presentation at Boston's John Hancock Hall. The clip hasn't been shown off publicly for the better part of 30 years, but has now been archived at the Computer History Museum. While the original remains the first unveiling of the unit, this 96-minute clip offers new insight into how users, rather than shareholders, embraced the computer at its launch.

In this article: apple, BCS, Boston Computer Society, Computer History Museum, History, Macintosh, Steve Jobs, video
All products recommended by Engadget are selected by our editorial team, independent of our parent company. Some of our stories include affiliate links. If you buy something through one of these links, we may earn an affiliate commission.