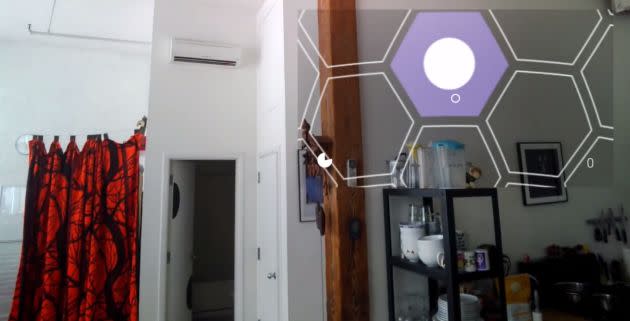 While Google Glass may still be in its infancy, gaming on the wearable is practically in the zygote stages. To help change that, developers at the search giant have cobbled together some games in an effort to "inspire" developers. That said, what Google is offering doesn't seem too different from what we've seen out of other teams. There are five diversions in total (including a Fruit Ninja clone, as well as tennis and a matching game), but there isn't anything particularly exciting about them. For example, Balance tasks you with keeping a stack of shapes from falling off of your skull via Glass' baked-in accelerometer. Clay Shooter, on the other hand, has you yelling "pull!" to line up the target with your eyepiece's crosshairs, and shouting "bang!" to shoot the pigeon -- sure to be a big hit in crowded areas. Still, if you're curious what official Glass games look like, we've embedded video after the jump.

In this article: android, app, gaming, glassgames, google, GoogleGlass, mobilepostcross, wearable, wearables
All products recommended by Engadget are selected by our editorial team, independent of our parent company. Some of our stories include affiliate links. If you buy something through one of these links, we may earn an affiliate commission.