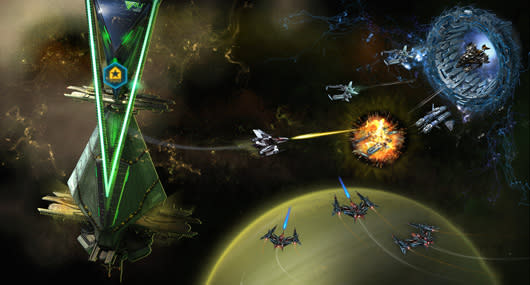 Fans of the original browser-based Dark Orbit that launched seven years ago are in for a treat today: Bigpoint announced the release of Dark Orbit Reloaded. The space MMO's new iteration has a new UI, a redesigned game entry (including bonuses for newcomers), over 200 new missions, an epic storyline, new maps, and new faction characters. Taking advantage of newer technology, Dark Orbit Reloaded also boasts high-resolution graphics as well as has other features in the works for players to look forward to. Check out the official trailer below.

In this article: Bigpoint, Dark-orbit, dark-orbit-reloaded, f2p, free-to-play, freemium, microtransaction, microtransactions, premium, trailer, trailers, video, videos
All products recommended by Engadget are selected by our editorial team, independent of our parent company. Some of our stories include affiliate links. If you buy something through one of these links, we may earn an affiliate commission.