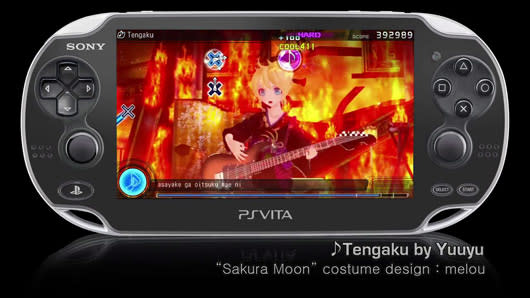 Project Diva f will premiere digitally via the PlayStation Network, boasting a separate trophy set from the PlayStation 3 version of Project Diva that debuted in North America last year. Sega plans to expand the game's 37-song tracklist with a collection of DLC packs previously released in Japan, including the Snow Miku 2013 DLC, the Extra Character Modules Pack, and the Extra Songs pack. All DLC will launch alongside the core game in March.
[Image: Sega]
In this article: hatsune-miku, hatsune-miku-project-diva-f, playstation, playstation-vita, vita
All products recommended by Engadget are selected by our editorial team, independent of our parent company. Some of our stories include affiliate links. If you buy something through one of these links, we may earn an affiliate commission.