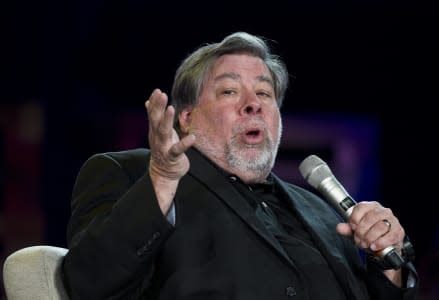 In just a few short years cloud technology has revolutionized how society interacts with computers in ways not seen since the introduction of the hard drive. It allows us to share knowledge, quickly access troves of information without sacrificing space on our personal devices and even work with others in real time from thousands of miles away. But as the recent revelations regarding the NSA's domestic spying program have taught us, we should be careful about what information we share online, as the issue is simply going to get worse before it gets better.

Apple co-founder Steve Wozniak agrees, and spoke up about the issue at the recent Apps World North America convention.

I think most companies, just like Apple, start out young and idealistic. But now all these companies are going to the cloud. And with the cloud you don't have any control.

Specifically, he took issue with the lack of regulation in regard to how government agencies access the cloud. According to CNET, Wozniak used the example of old-school wiretapping to make his point. Once upon a time, you knew that the police or government could wiretap your phone if you were suspected of wrongdoing, but in the modern day, there isn't any clear distinction of what exactly is required to qualify as suspected wrongdoing. Wozniak is quoted as saying, "We're on a bad path in that direction."

Online privacy and security have been major interests for the Apple co-founder for years. Wozniak provided initial funding for the Electronic Frontier Foundation, a nonprofit that seeks to fight for computer users' digital rights. Today also happens to be The Day We Fight Back, a day of public protest against the NSA's mass spying programs. If you're interested in more information about the project head over to this website to learn more.

In this article: cloud, security, steve wozniak, Woz
All products recommended by Engadget are selected by our editorial team, independent of our parent company. Some of our stories include affiliate links. If you buy something through one of these links, we may earn an affiliate commission.