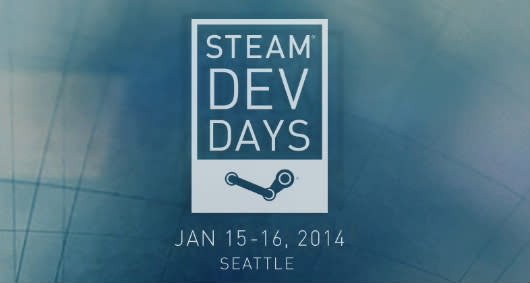 The only way to attend Steam's "off the record" Dev Days conference last month was to be invited to Seattle. Now Valve has published all of the talks online, providing us a chance to soak in all of the insights without having to soak in low levels of radiation from airport scanners.

These talks cover a wide range of topics: music in video games, Steam Boxes, in-game economies and even a discussion on how to market your own game. You can watch them all in one massive YouTube playlist, starting with Gabe Newell's opening address above.

During Steam Dev Days, Valve announced its digital distribution platform had reached 75 million users. Valve also revealed a new version of its Steam Controller prototype, replacing the controller's center touch-screen with a more traditional button setup.
[Image: Valve]
In this article: mac, pc, steam, steam-dev-days
All products recommended by Engadget are selected by our editorial team, independent of our parent company. Some of our stories include affiliate links. If you buy something through one of these links, we may earn an affiliate commission.