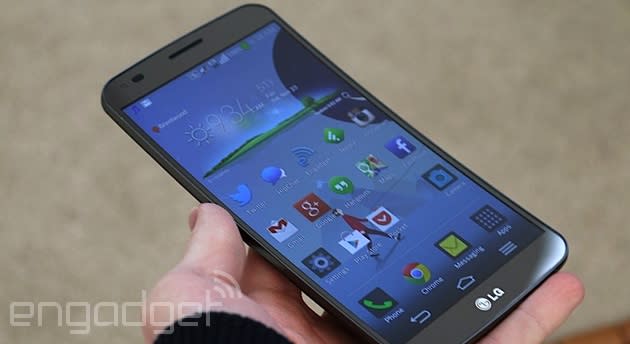 Canadians have been left out of the curved smartphone frenzy so far, but they'll soon learn what all the fuss is about: LG has announced that the G Flex is coming to Canada as a Rogers exclusive this spring. While the local edition won't include any radical changes, it should have very fast data with dual-band, 150Mbps LTE support. Pricing isn't available yet. However, the American launches suggest that Rogers' model won't be cheap. You'd better really, really like that banana-shaped display.

In this article: android, canada, curved, curveddisplay, gflex, lg, minipost, mobilepostcross, mobilepostmini, rogers, smartphone
All products recommended by Engadget are selected by our editorial team, independent of our parent company. Some of our stories include affiliate links. If you buy something through one of these links, we may earn an affiliate commission.