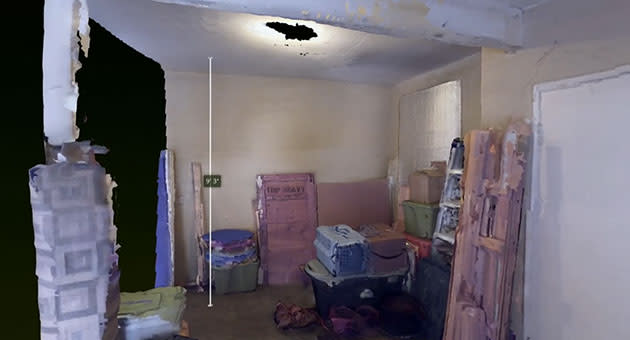 Matterport, which creates 3D models of interior spaces, used one of the prototype Tango devices to create a map of the room you see below. When a Matterport employee moves the phone around the room, the company's software captures 3D data and color camera data, which it uses to construct a comprehensive model. The result is accurate enough to measure the height from floor to ceiling, and we imagine the company chose to map an insanely cluttered room to demonstrate the system's ability to process complicated information. Matterport's CEO says Tango's 3D mapping will only get better with a higher-resolution camera, but the 4-megapixel shooter on the current prototype clearly does a respectable job at 3D capturing already. Head past the break to see the video demo.

In this article: google, google project tango, matterport, mobilepostcross, project tango
All products recommended by Engadget are selected by our editorial team, independent of our parent company. Some of our stories include affiliate links. If you buy something through one of these links, we may earn an affiliate commission.