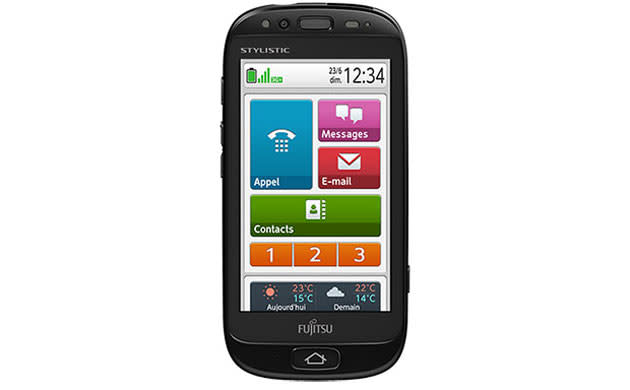 Fujitsu's evidently so impressed with how its luddite-friendly Stylistic S01 smartphone has performed in France, thanks to a deal with local carrier Orange, that it's ready to start plugging a follow-up handset. Only, the company doesn't have a clue on specifics just yet, but we'll award a few points for enthusiasm, we guess. All we know of the Stylistic S02, assuming that'll be the device's name, is that it's "expected" to wield NFC and LTE chips, an "energy-saving display" and a processor of the quad-core variety. Plans are to launch the smartphone aimed at "mature users" in a number of European locations this autumn. Not a lot to talk about, we know, but Fujitsu had to announce something phone-related at MWC. Otherwise, people'll just think it makes tablet concepts with scaly touchscreens.