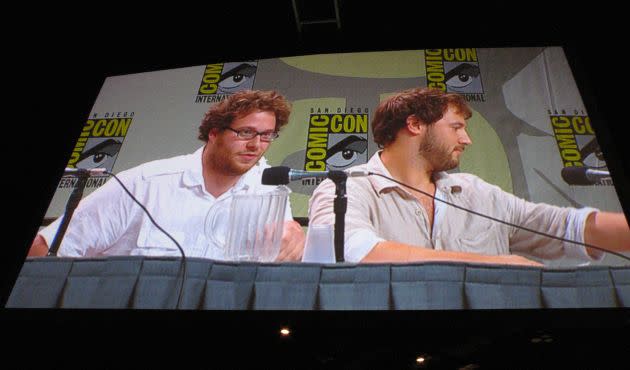 The duo behind This is the End is making a movie about the the '90s battle between Nintendo and Sega. That's right, Seth Rogen and Evan Goldberg (who also wrote and executive produced 2007's Superbad) are adapting Blake Harris' forthcoming account of the power struggle between the two gaming companies. At this point, details are otherwise scarce and Harris' book doesn't release until this May. We do know that Console Wars: Sega, Nintendo and the Battle That Defined a Generation is comprised of some 200 interviews with former employees from each company, but that's about it. Goldberg's and Rogen's past work leans toward the R-rated and comedic sides of things, so it could be interesting to see how their take on one of gaming's more storied tussles plays out when it finally hits.

In this article: ConsoleWars, EvanGoldberg, Genesis, hdpostcross, movies, NES, nintendo, Sega, SethRogen
All products recommended by Engadget are selected by our editorial team, independent of our parent company. Some of our stories include affiliate links. If you buy something through one of these links, we may earn an affiliate commission.