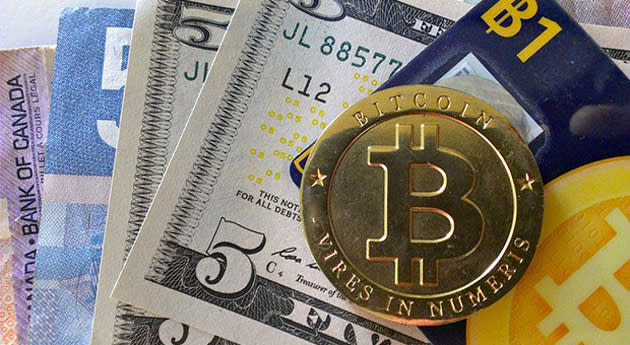 It's been one big roller coaster ride for Bitcoin these past few weeks, with the Mt. Gox exchange shutting down and filing for bankruptcy following a large-scale hack, not to mention questions about the legality of the virtual currency. Just a week after Mt. Gox went dark, another exchange called Flexcoin is also shuttering, apparently due to hackers who robbed more than $600,000 in bitcoins. That amount pales in comparison to the $425 million stolen from Gox, but it points to ongoing security issues that fall outside of the Federal Reserve's regulation.

In the midst of this bad news, online retailer Overstock announced that it's processed more than $1 million in purchases made with bitcoins. One of the first major companies to embrace the currency, the site has accepted Bitcoin since early January, and it reports that more than 4,000 -- mostly new -- customers have chosen this form of payment. Overstock CEO Patrick Byrne told The Wall Street Journal he expects purchases made with bitcoins to top $10 million this year, but the Mt. Gox (and, now, Flexcoin) hacking will likely have some customers and would-be Bitcoin users second-guessing the currency's safety. Bitcoin is a saga if there ever was one, so expect more news in the coming weeks.

In this article: bitcoin, bitcoin exchange, bitcoins, flexcoin, hacking, virtual currency
All products recommended by Engadget are selected by our editorial team, independent of our parent company. Some of our stories include affiliate links. If you buy something through one of these links, we may earn an affiliate commission.