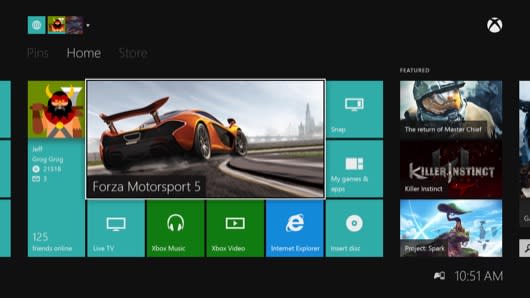 The Xbox One will see another update starting this evening, Microsoft says, with several promised enhancements coming to the console's multiplayer suite, audio output and livestreaming capabilities.

As we reported earlier, these changes mean to highlight your online friends faster, let you invite them to parties quicker, open party chat by default, and pave the way for a new Twitch app launching on March 11.

Microsoft has also highlighted some other Xbox One operating system tweaks that aren't quite as glamorous, but no less overdue: Dolby Digital will be supported through Optical and HDMI connections – good news for setups or headsets that don't play well with uncompressed audio – and the Xbox One will be able to output to televisions (mostly in Europe) at 50Hz.

The March update also marks the end of spending an entire episode of Futurama saying, "Xbox, Volume Up" over and over. You can now adjust the number of volume increments per command, according to Microsoft. Sure, you could just reach for the remote, but it's so far and you just sat down.
[Image: Microsoft]
In this article: dolby-digital, headsets, microsoft, xbox-one, xbox-one-update, xbox-one-updates
All products recommended by Engadget are selected by our editorial team, independent of our parent company. Some of our stories include affiliate links. If you buy something through one of these links, we may earn an affiliate commission.