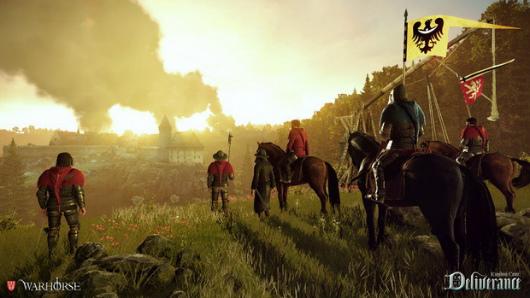 The Crowdfund Bookie crunches data from select successful Kickstarter and Indiegogo campaigns that ended during the month and produces pretty charts for you to look at.
Money spent on crowdfunded games dropped 51.1 percent in the three-month period of December 2013 through February 2014. In this winter quarter, 76 projects received a total of $6,138,890, which compares unfavorably to the combined $12,543,198 in funding for the fall quarter (September through November 2013).

While the funding space squeaked by in December and took a nosedive in January, it gained a little ground in February in terms of dollars spent, with $2,961,953 pledged in that month alone, which stands well with other months we've tracked dating back to June 2013. The catch, and where the trend continues to be a concern, comes from the number of projects and backers overall. Only 16 projects were funded during February, and 20 in January. The average number of successful projects per month from June through December was just over 32, so roughly half the number of projects are being funded on Kickstarter and Indiegogo at this stage.

One of February's few funded projects was the wildly successful Kingdom Come: Deliverance. Kingdom Come earned $1,842,218 thanks to 35,384 backers. Without that game's contributions, February would have amounted to $1,119,735 in pledges from 28,355 backers. Looking at January's figures as well, there's a clear downward trend in crowdfunding at the moment. Whether it was a lack of enticing projects, a stack of holiday bills or just the winter doldrums, something kept backers from adding their two cents to crowdfunding.

The median, or middle points in the data set for the quarter point to a positively-skewed distribution as well, and gives a better indicator of how much projects actually earn when compared to mean averages. When comparing the median averages to the previous six months, we find that more backers (616 versus 542) are funding fewer projects, and at a lower spending amount ($18,087 versus $25,188). Unless the crowdfunding space has simply gone into hibernation and will return to life in the spring, the next few months may prove more difficult for project creators than in the past.

Head past the break for a list of the quarter's top ten earners as well as a breakdown by genre.

[Image: Warhorse]
In this article: crowdfund-bookie, CrowdFunding, funding, indie, IndieGoGo, kickstarter, kingdom-come-deliverance, recommended, sales, The-Mandate, unsung-story, unsung-story-tale-of-the-guardians, warhorse
All products recommended by Engadget are selected by our editorial team, independent of our parent company. Some of our stories include affiliate links. If you buy something through one of these links, we may earn an affiliate commission.