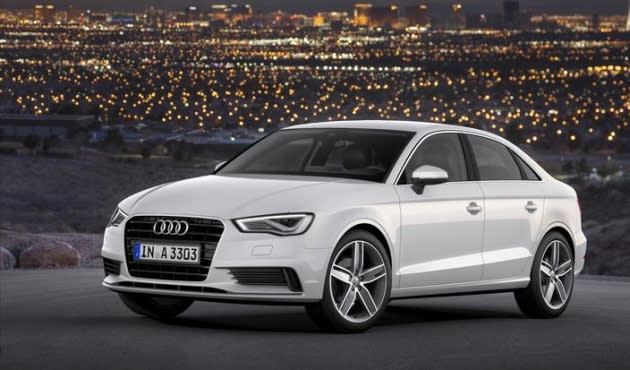 Audi's been talking about its in-car LTE for awhile, but how much it'll cost hasn't been clear until now. A six-month plan with 5GB of data will run $99, while a 30-month plan with 30GB runs $499, both through AT&T. However, you'll snag half-a-year's service absolutely free should you drive off the lot in one of the new A3 sedans equipped with Audi Connect. The German automaker says it plans to roll the feature out to its entire model line this year, which should give quite a few options to choose from if you're in the market. The pricing is a bit steeper than what the outfit's offered before, but the T-Mobile plans were for 3G connectivity -- next-gen infotainment has a need for speed.

In this article: 4g, att, audi, AudiA3, AudiConnect, incarlte, LTE
All products recommended by Engadget are selected by our editorial team, independent of our parent company. Some of our stories include affiliate links. If you buy something through one of these links, we may earn an affiliate commission.