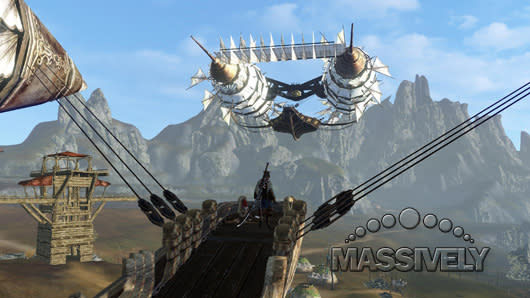 So, ArcheAge. It's still not playable in English, but rumor has it that Trion's got a related announcement scheduled for next week's GDC event in San Francisco.

While I've been critical of XLGAMES for its interminably slow localization process -- and for releasing its fantasy sandpark everywhere except the West in recent years -- I'm still psyched to play it. The title is both full-featured and utterly unique, and how often can that be said about a current-gen MMORPG? Ultimately, it's one worth waiting for, in my opinion. What about you? Assuming you were interested in ArcheAge at some point over the last three-plus years, are you still interested?

In this article: aa, arche-age, archeage, battle-royal, fantasy, leaderboard, one-on-one, one-vs-one, opinion, poll, polls, pvp, sandbox, sandpark, versus, vote, votes, voting, vs, westernization, xl-games, xlgames
All products recommended by Engadget are selected by our editorial team, independent of our parent company. Some of our stories include affiliate links. If you buy something through one of these links, we may earn an affiliate commission.