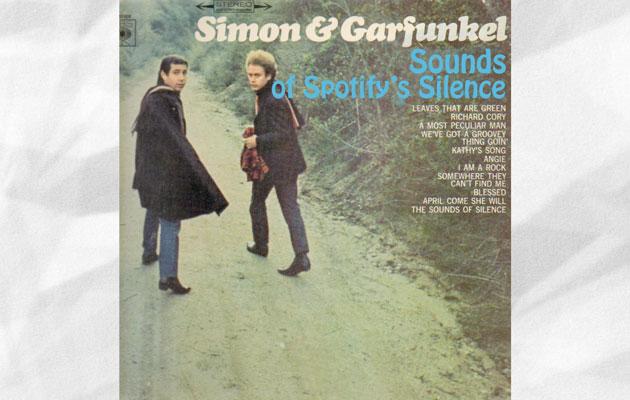 When you listen to a song on Spotify, the artist is paid around $0.0007, which is hardly enough to send an up-and-coming act out on tour. Imagine, however, if a band's small but devoted fanbase played a short album on repeat for a whole night, each one would earn around $4. That's the inspired idea behind Sleepify, an album from the band Vulfpeck, which comprises 11 x 32-second-long tracks of silence, specifically to game Spotify's royalty system and fund the band's forthcoming tour. If we're honest, we're envious that we didn't come up with the idea first -- although some might say that John Cage got there well before the rest of us.

Update: In an official statement, Spotify said that the album was "a clever stunt, but we prefer Vulfpeck's earlier albums. Sleepify seems derivative of John Cage's work." Even when wronged, the network's got a good sense of humor.

In this article: Digital Music, Royalties, Sleepify, Spotify, video, Vulfpeck
All products recommended by Engadget are selected by our editorial team, independent of our parent company. Some of our stories include affiliate links. If you buy something through one of these links, we may earn an affiliate commission.