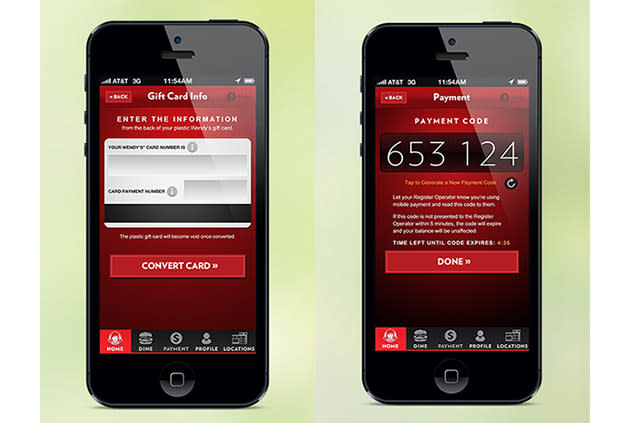 Wendy's, home to a bunch of square burgers and Frosty, is following in Burger King's footsteps and embracing mobile payments. Now, you can use the Ohio company's app to pay for your purchase in most (but not all) of its locations in the US. Just like its Burger King counterpart, the app acts as sort of a digital wallet that generates six-digit codes you'll have to give to cashiers for payment. Wendy's, however, has regrettably left out one of the BK app's best features -- discounts and coupons.

The fast food chain apparently decided to offer mobile payments in an effort to attract the younger, smartphone-obsessed set. Unfortunately, the app's limited features (you can't use it to call in a delivery, if you're wondering!) and lack of discounts as a perk make it a less convincing download than its competitors. But, hey, at least it can show nutritional values, so you don't scarf down a Baconator without knowing it has 940 calories.

In this article: app, MobilePayments, Wendys
All products recommended by Engadget are selected by our editorial team, independent of our parent company. Some of our stories include affiliate links. If you buy something through one of these links, we may earn an affiliate commission.