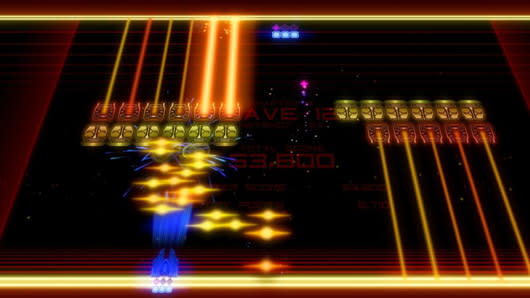 Indie developer Radiangames (Powerpuff Girls: Defenders of Townsville) has been forced to remove one of its games from multiple online storefronts in the wake of a recent trademark dispute from an online games publisher.

The disputed title is Crossfire, a retro-styled shoot-'em-up originally released for the Xbox Live Indie Games (XBLIG) service in 2010. Following the release of an XBLIG sequel, the series later made its way to PC and iOS devices under the name Super Crossfire.

"[Super Crossfire] barely makes any money these days, and I'm not spending thousands of dollars to try to fight the issue when I just want to make games," Schneider explains. "I can't say too many bad things about someone who's enforcing the trademark according to the law, though I do think it's completely obvious Super Crossfire is not an attempt in any way to infringe on their trademark, and I also don't think there's any confusion over the two games (arcade shooter vs. online F2P FPS)."

Schneider's game has already been removed from iTunes, and will be delisted from Desura, GamersGate, and XBLIG this Friday. Schneider has considered renaming the game for a future PC re-release, and is currently polling fans for suggestions.

[Image: Radiangames]
In this article: crossfire, delisting, indie, ios, ipad, iphone, microsoft, mobile, pc, radiangames, removal, super-crossfire, trademark, trademark-dispute, xbox
All products recommended by Engadget are selected by our editorial team, independent of our parent company. Some of our stories include affiliate links. If you buy something through one of these links, we may earn an affiliate commission.