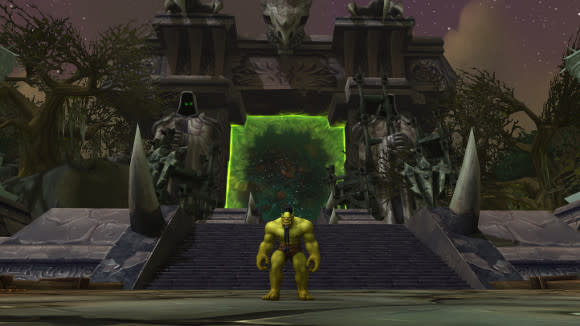 Adriacraft strikes again. In case you were wondering what the Dark Portal looked like on the Draenor side, here it is - it looks similar to but smaller than the one in Outland, which of course was the original Dark Portal build by Gul'dan. As to where it is, my money's on the Tanaan Jungle based on that whole 'apocalyptic device' shtick. I'm willing to bet this is the prototype 'test' portal used to send the initial Iron Horde troops through to Azeroth, and we'll probably have to stop an even bigger one from being constructed. But we'll find out.

I definitely think it looks swampy, though. So I'm sticking with Tanaan Jungle until I hear differently. Head on over to Adriacraft and take a look.
All products recommended by Engadget are selected by our editorial team, independent of our parent company. Some of our stories include affiliate links. If you buy something through one of these links, we may earn an affiliate commission.