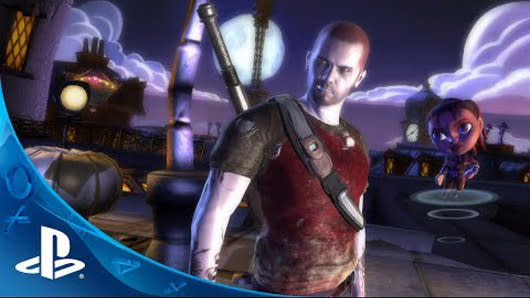 PaRappa the Rapper now stands a greater chance of winning a fistfight with Kratos, as Sony has released a major update for its franchise crossover fighter PlayStation All-Stars: Battle Royale targeting character balance.

The patch institutes more than 100 balance tweaks across its entire playable roster, ranging from frame adjustments to major gameplay additions. The game's throw system has been overhauled, players can now manually disengage timed super moves, and double-jumps can no longer be chained off of certain attacks and recovery animations, among other significant changes.

Battle Royale's latest update also unlocks alternate costumes for add-on characters Isaac and Zeus. Both characters are included as part of "The Graveyard Pack," a DLC expansion on sale for $1.99 through April 24.

[Video: Sony]
In this article: patch, playstation, playstation-all-stars-battle-royale, playstation-vita, ps3, superbot-entertainment, update, vita
All products recommended by Engadget are selected by our editorial team, independent of our parent company. Some of our stories include affiliate links. If you buy something through one of these links, we may earn an affiliate commission.