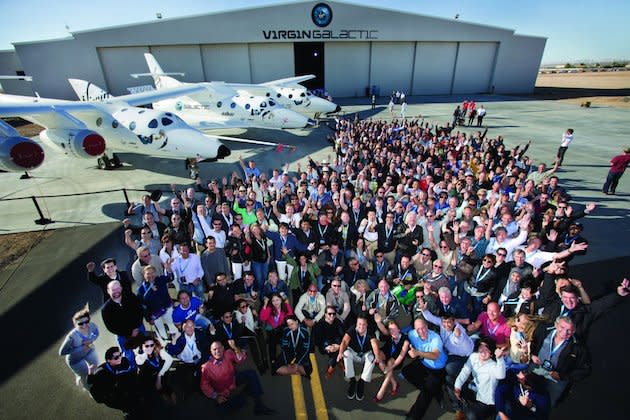 In 1988, a young chap by the name of Shihan Musafer rang BBC children's show Going Live to ask Richard Branson if he'd ever thought about travelling to space. "I'd love to go into space, as I think pretty well everybody watching this show would love to go to space," he eagerly replied. Turns out, that call 26 years ago served as the catalyst for Sir Richard to register the name Virgin Galactic, the company that's now on course to take well-moneyed civilians into outerspace later this year. To thank Shihan "for helping to inspire the idea," Branson's hoping to use the power of social to help track down the now grown-up Brit, so that he can personally invite him to get the VIP treatment while "witnessing a spaceflight." While that makes it sound like he's getting a free return ticket to the heavens, in fact he just gets to watch the rich and famous take off. So close.

Update: According to the Virgin Galactic website "Thanks to everyone for your help in finding Shihan – the search is over and we've found him." There's no word on his status or a potential next step, we're still hoping there's a free ride in there somewhere.

In this article: flight, richard branson, space, transportation, virgin, virgin galactic, virgingalatic
All products recommended by Engadget are selected by our editorial team, independent of our parent company. Some of our stories include affiliate links. If you buy something through one of these links, we may earn an affiliate commission.