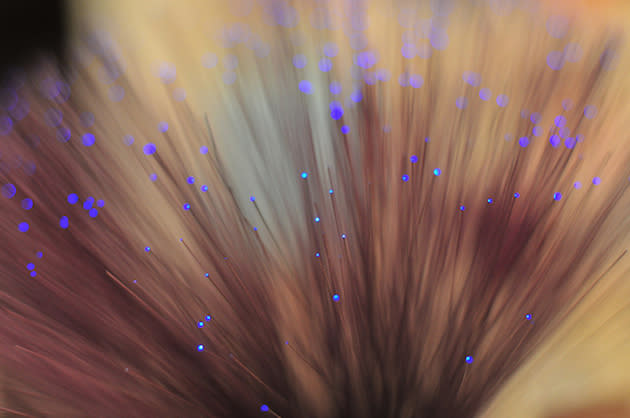 If you're a broadband provider like Sky or TalkTalk, one of the only ways you can get around using BT's infrastructure is to build your own. That's exactly what the two companies are intent on doing, after it was announced today that they'll be teaming up to provide faster fibre-optic connections in a number of UK cities. With a little help from network provider CityFibre, they'll begin piping gigabit (1000 Mbps) broadband direct to homes and businesses in York, eliminating the need to rely on BT's Openreach, which serves 300 Mbps connections and means BT gets a cut of Sky and TalkTalk's cash.

It's the latest in a number of smaller deals for Sky, after it signalled it would take on Virgin Media by delivering TV, broadband and landline services over fibre connections to some areas of the UK. But what does it mean for you? Well, if you live in a supported area of York, you'll be able to choose Sky or TalkTalk as your fibre-optic broadband supplier from 2015. If you don't reside in the historic city, there are plans to expand the fibre networks to two more cities across the UK. BT will continue to operate its own service regardless. Although Sky and TalkTalk will be partners in the new venture, they'll be competing for customers in those chosen markets, likely driving down the the cost of gigabit broadband in the process.

In this article: broadband, bt, fibre, fibre optic, sky, talktalk
All products recommended by Engadget are selected by our editorial team, independent of our parent company. Some of our stories include affiliate links. If you buy something through one of these links, we may earn an affiliate commission.