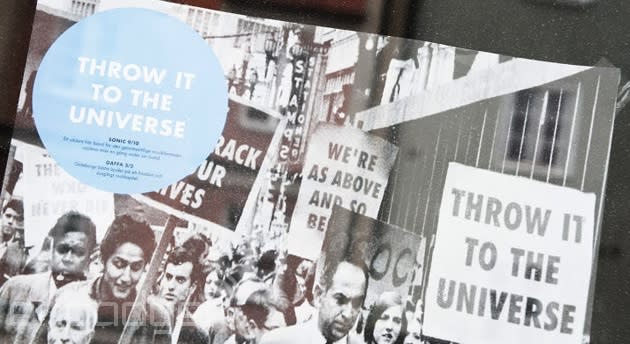 Many countries are (understandably) unhappy with the influence the US wields over the internet, and in particular its control of ICANN, the web's "back end." The Department of Commerce has agreed to give up its oversight of the body, and is meeting various nations at Net Mundial in Brazil this week to discuss exactly how to do that. The gathering itself is controversial, as US political figures from the right and left, including ex-President Bill Clinton, oppose moves to give up ICANN control. Specifically, Clinton thinks it could lead to many states "protect(ing) their backsides instead of empowering people." Similar concerns over censorship have been expressed by the EU and others, especially given the recent goings-on in Turkey and elsewhere.

Ironically, Turkey is one of the participants in the discussions. Two that aren't -- Russia and China -- want to put the United Nations in charge of ICANN. That idea is vehemently opposed by the US, which has said it would prefer to keep control itself for another four years rather than pass it to another governmental body. Instead, the US supports a so-called multistakeholder approach, in which private enterprise, academia and government all have a say. That option is backed by other nations including host country Brazil, which itself was the target of some high-profile NSA snooping. For now, the multistakeholder option has the most support and has been drafted into an "outcome document" for further discussion. However, the EU's digital head Neelie Kroes called parts of it "weak" on human rights and sent a big list of proposed changes. Given that nations like Russia would prefer to keep a tighter grip on the net, that could signal a long road ahead before the US passes the internet torch.

In this article: Brazil, censorship, Department of Commerce, ICANN, meeting, spying
All products recommended by Engadget are selected by our editorial team, independent of our parent company. Some of our stories include affiliate links. If you buy something through one of these links, we may earn an affiliate commission.