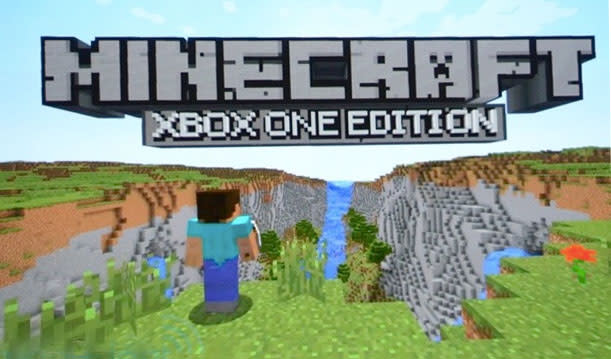 Due to a lack of backwards compatibility, upgrading to new-gen systems like the Xbox One and PS4 has meant mostly leaving your old games and the progress made in them behind, but not in this case. Phil Spencer, the new leader over at Xbox, announced tonight that Minecraft on Xbox One will be able to transfer saves from its Xbox 360 version, so whatever you've already built will come with you. He didn't drop any other details on exactly how the move will work, but mentioned it is the product of cooperation between Microsoft and the game's developer, Mojang, while promising more news soon. Big enough news to make up the current sales gap between Microsoft and Sony's consoles? Probably not -- especially since Mojang's Owen Hill says the plan is to enable save transfers between PS3 and PS4 as well -- but it's a nice feature to have and we'll be interested to see what it means for other games -- someone get Rockstar on the phone about that inevitable GTA V port.

After months of teaming up with Mojang, we can confirm that Minecraft X360 Edition will save transfer to Xbox One Edition...more news soon!

In this article: hdpostcross, microsoft, minecraft, philspencer, xbox360, xboxone
All products recommended by Engadget are selected by our editorial team, independent of our parent company. Some of our stories include affiliate links. If you buy something through one of these links, we may earn an affiliate commission.