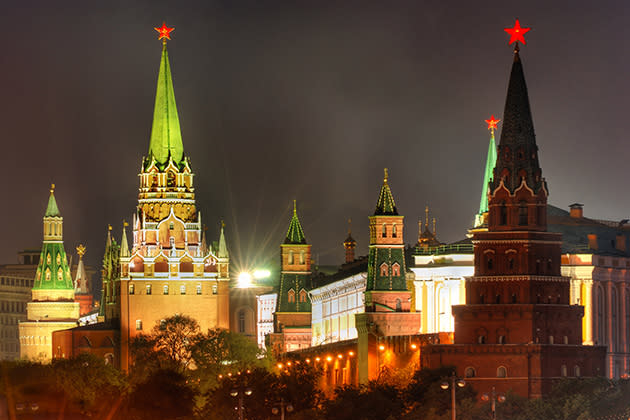 Russia: the home shirtless autocrats, vodka and a love of free speech rivaled by only China. The Kremlin is taking another step to squash people speaking their mind online. After building out an infrastructure that allows the government to more easily block sites it finds objectionable, now it's building a registry of bloggers. A newly approved law requires anyone who authors a blog in the country to "declare their family name and initials and e-mail address." To make matters worse, if someone's personal blog has more than 3,000 visitors per-day, they'll have to put their names on a special list and abide by a particularly onerous set of restrictions -- the same set of restrictions that many mass media outlets must obey. If they violate those laws, they'll be subject to fines or even have their site suspended for a period of time.

So what sort of stuff is off limits for bloggers? Well, first and foremost, they'll be expected to confirm the authenticity of any information they publish and avoid disclosing people's personal data. Those rules in particular are aimed at protecting politicians from controversy and smear campaigns. Beyond that there are prohibitions against posting violent or pornographic content and even using obscene language (complete horse shit). And anything the government deems "extremist" or related to terrorism is also off limits.

The obvious goal is to scare bloggers into avoiding posting controversial opinions or information -- especially about government authorities. But there is every chance that the new law could fall before Russia's Constitutional Court, where many expect it will face a stiff challenge. Failing that, there's a relatively obvious loophole since the legislation only applies to bloggers within the country. Dissidents writing from overseas would be safe from prosecution. However, the government would likely just end up blocking such sites.

In this article: bloggers, blogging, censorship, kremlin, russia
All products recommended by Engadget are selected by our editorial team, independent of our parent company. Some of our stories include affiliate links. If you buy something through one of these links, we may earn an affiliate commission.