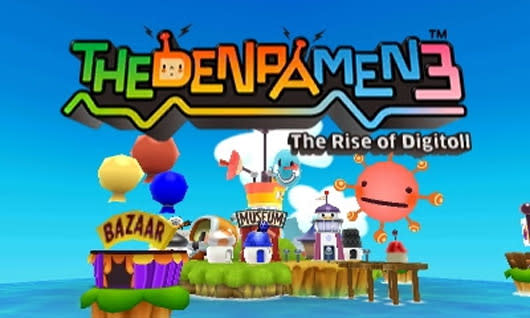 Genius Sonority's AR-enhanced dungeon crawler The Denpa Men 3: Rise of the Digitoll is due to arrive in North America and Europe on May 8 via the Nintendo 3DS eShop, Nintendo announced this week.

Released in 2012, The Denpa Men is a turn-based RPG in which players pluck party members from invisible Wi-Fi hotspots using the 3DS's camera. A sequel, The Denpa Men 2: Beyond the Waves, hit the eShop shortly thereafter, adding online multiplayer battles to the mix.

A demo version of The Denpa Men 3 will hit the eShop on May 1. Players will be able to transfer their demo progress to the full version upon its launch.

[Image: Nintendo]
In this article: 3ds, demo, eshop, genius-sonority, nintendo, the-denpa-men, the-denpa-men-3
All products recommended by Engadget are selected by our editorial team, independent of our parent company. Some of our stories include affiliate links. If you buy something through one of these links, we may earn an affiliate commission.