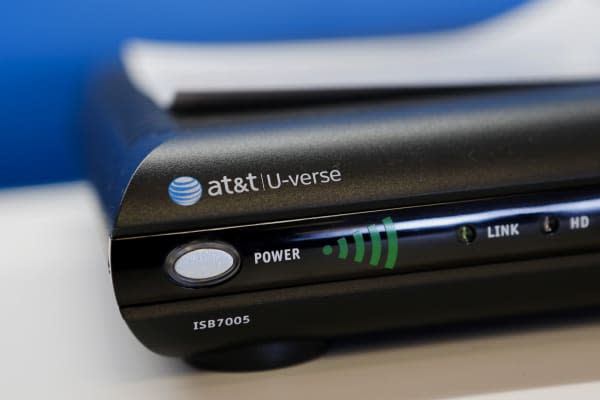 With Comcast attempting to gobble up the second largest cable business in the land, it's no surprise that other rumors are said to be on the table, but this one comes out of left field. The Wall Street Journal (update: and LA Times) reports AT&T has approached DirecTV about a possible acquisition of the satellite business and its 20 million or so customers for $40 billion or more. While the combination of a telecom giant and satellite TV company sounds odd, the two already work together for services in places where U-verse TV doesn't reach yet and have a deal that will run until 2015 (which replaced AT&T's short-lived agreement with Dish Network back in 2009). Still, the timing of the rumor is curious, and it comes about a month after Bloomberg reported DirecTV and Dish Network were considering trying a merger again -- their first attempt in 2002 was blocked by by the government. A DirecTV / AT&T combo would put 26 million customers under one brand, compared to about 30 million for the Comcast + Time Warner Cable team-up once it's all said and done. As usual, the most likely answer is that everyone is talking to everyone else, but it's worth keeping your head on a swivel before your current internet or TV provider fades away.

In this article: acquisition, att, directv, hdpostcross, rumor, u-verse, wsj
All products recommended by Engadget are selected by our editorial team, independent of our parent company. Some of our stories include affiliate links. If you buy something through one of these links, we may earn an affiliate commission.