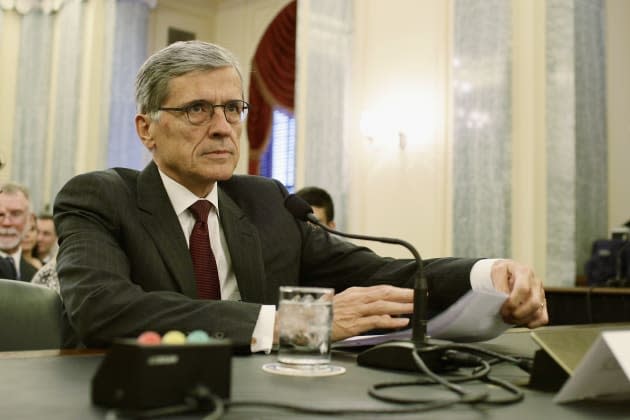 After pushback from a number of internet companies and even calls from within the FCC to delay a vote on the proposed new net neutrality standards, an FCC official has confirmed Tom Wheeler is making some changes. Detailed in a report by the Wall Street Journal, the (heavily criticized) general approach with the ability to sell faster delivery for some web content will be the same, but according to an unnamed official, will include language to make sure the FCC would have to make sure any deal doesn't put nonpaying companies at an unfair disadvantage. That will probably not meet the bar sought by most net neutrality advocates, and the updated rules are also said to stop short of calling for the reclassification of internet providers as common carriers under Title II. That said, the redrafted proposal will call for comment on the issue of reclassification, whether or not the paid prioritization deals should be banned entirely, as well as two proposed alternatives submitted by Mozilla and law professor/coiner of the term net neutrality/former senior FTC advisor Tim Wu. Wu suggested in a column on Friday that the chairman should firm his proposal by completely banning any kind of fast lane or degradation of traffic, but without initially attempting to reclassify the ISPs as the more heavily regulated "common carrier" title, or Title II. His argument is that passing tougher rules under the FCC's existing authority (but with reclassification as a backup) would not only get the job done, but could ward off political or legal challenges altogether since any challenge could result in tighter regulation, which the ISPs would like to avoid.

According to the FCC official, the chairman's proposal holds the same aim that he has claimed it does all along: putting new net neutrality rules in place as soon as possible to replace the ones struck down earlier this year, and avoiding a long legal battle. As always, your comments to the FCC on this issue can go to its inbox at openinternet@fcc.gov, or directly to chairman Wheeler. At this time, the vote is still scheduled to take place during the FCC's meeting on Thursday, and if the draft is approved, then the public will finally be able to really look it over and comment on what it contains.

In this article: fcc, hdpostcross, netneutrality, openinternet, TomWheeler
All products recommended by Engadget are selected by our editorial team, independent of our parent company. Some of our stories include affiliate links. If you buy something through one of these links, we may earn an affiliate commission.