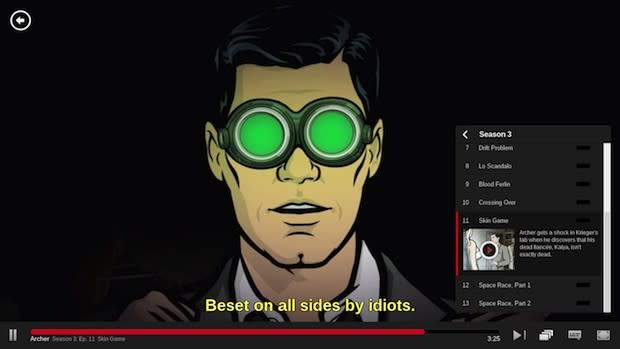 While Netflix and others work on new ways to stream movies to your browser through HTML5 that don't use Flash or Silverlight plugins, Hollywood's requirements for DRM to prevent copying have put Mozilla in a bind. The DRM proposed means user's don't know exactly what's going on their machines or if it's violating their privacy, but without it Firefox will eventually be locked out of streaming most movies and TV shows. As a result, Mozilla announced plans to roll it out in the next few months on Windows, Mac and Linux versions of the browser, so one upside could be official Netflix support on Linux. The situation is similar to what Mozilla faced in 2012 when it added support for the patent-laden h.264 video codec in order to avoid irrelevance. As the blog post puts it, not adding the tech would force users to switch to Internet Explorer, Chrome or Safari which are already implementing support. While future versions of Firefox will support the DRM technology (known as EME and CDM), users will be able to turn it on or off on their own, and the closed source code will be surrounded by an open source wrapper. In a technical breakdown of what it plans to do, Mozilla explains it's using Adobe Access DRM tech. The implementation means the DRM can work by binding content to the device it's playing on, but also control how much information about the user is being revealed. According to the FAQ, right now the tech is only coming to desktop Firefox, and not Firefox on Android or Firefox OS.

In this article: cdm, drm, eme, hdpostcross, html5, mozilla, netflix, w3c
All products recommended by Engadget are selected by our editorial team, independent of our parent company. Some of our stories include affiliate links. If you buy something through one of these links, we may earn an affiliate commission.